I’m happy to announce Eddie Bethea Sensei as a participant in “Tales From the Western Generation.” Bethea Sensei is a veteran of the Air Force and has been diligently studying Shorinkan Shorin Ryu since the late 1960s. 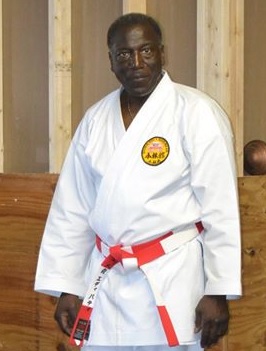 Bethea Sensei grew up in a strict household and experienced racial discrimination early on. Due to the dark tone of his skin he was often mistreated not only by other ethnicities, but by members of the black community as well. Bethea Sensei channeled his energy into the Air Force and eventually into karate, where he discovered a way to bolster his sense of self esteem and defend himself against a prejudice world.

Since his time in the military and on Okinawa, Bethea Sensei has become one of the most beloved karate instructors in the United States. His trademark smile and positive attitude follow him wherever he goes, inspiring new generations of karateka.