“Tales” Aboard the U.S.S. North Carolina!

Recently, I was invited by a gentleman named Larry Isaac to a special event called the “2nd Annual Tournament of Champions Banquet”. At that banquet, I had the opportunity to give a speech on the process of writing my book “Tales”, as well as sharing some general thoughts and philosophies on martial arts. There was also a banquet and award ceremony that night. The event took place on board a United States battleship called the U.S.S. North Carolina.

Here are some photos at the event: 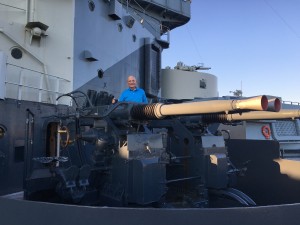 Doug Perry on side guns aboard the U.S.S. North Carolina 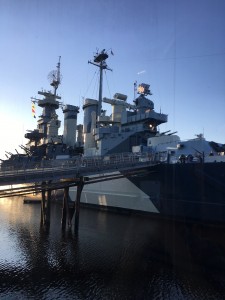 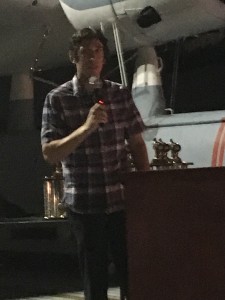 Matt Apsokardu during his presentation 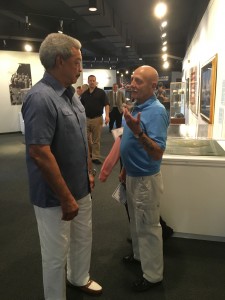 Bill Hayes and Doug Perry having a discussion inside the battleship museum
Congratulations to all of the award winners that night. What an incredible honor and privilege that was for me to stand and share some general thoughts and philosophies.
This article was posted in book progress.
Scroll up